“The Nigger Moment: Living While Black in the USA”

This talk explains the “nigger moment,” the moment of acute disrespect that black people experience and know all too well as a part of their everyday lives in the United States, particularly when their white counterparts draw the color line, effectively putting them “in their place.” 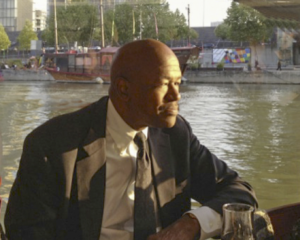 Professor Elijah Anderson, a leading ethnographer and cultural theorist, is professor of sociology at Yale University, where he teaches and directs the Urban Ethnography Project. He is the 2013 recipient of the prestigious Cox-Johnson-Frazier Award of the American Sociological Association and the 2017 recipient of the Eastern Sociological Society’s Merit Award.

Professor Anderson has written and edited numerous books, book chapters, articles, and scholarly reports on race in American cities. His most prominent works include Code of the Street: Decency, Violence, and the Moral Life of the Inner City (1999), winner of the 2000 Komarovsky Award from the Eastern Sociological Society; Streetwise: Race, Class, and Change in an Urban Community (1990), winner of the American Sociological Association’s award for the best published book in the area of Urban Sociology; and the classic sociological work, A Place on the Corner: A Study of Black Street Corner Men (1978; 2nd ed., 2003).

His most recent work, The Cosmopolitan Canopy: Race and Civility in Everyday Life (2011, W.W. Norton), is situated in the public parks and markets as well as workplaces. There, he identifies the emergent norms of seemingly desegregated spaces, while revealing the negotiated occupation and bounded interactions by race and class within these civic spaces.