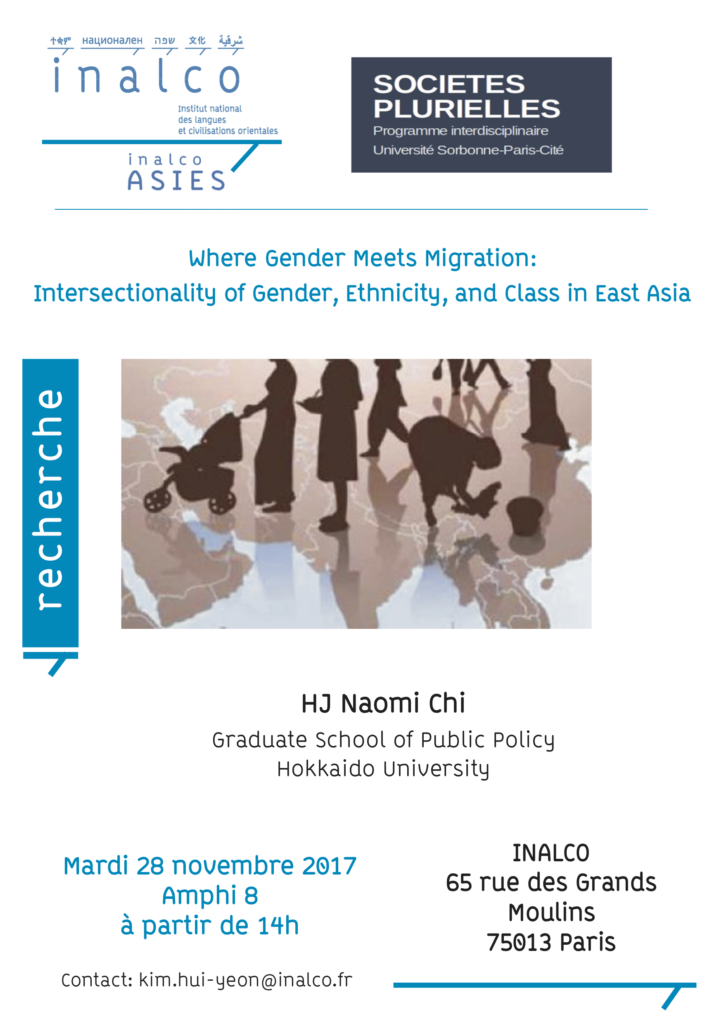 Rapid industralization, economic growth and urbanization have resulted in an influx of international migrants to East Asia since the 1980s. Since then, there has been a significant increase in the migration of women, which is an illustration of the global trend of feminization of migration. Consequently, the increase of migration (both legal and undocumented) in this region has brought about new avenue for exploitation. This lecture will explore the gender dimension within the dynamics of international marriages and labour migrants in domestic and care work in East Asia including the factors such as the “agency” vs. “immobility” of these women, the difficulties in mainstreaming, the victimization of these women and consider how cultural and institutional factors determine national policies towards marriage, care and migration. In terms of methodology, the lecturer relies on primary and secondary sources such as government documents, reports by international and domestic organizations as well as insights obtained from extensive field work including interviews with policy makers, public lawyers, human rights activists and migrants themselves.

HJ Naomi Chi, « If These Wings Could Fly »: Politics of Mobility and Migration in East Asia

Financement MERLION 2017 pour le projet « Migrants in Global Cities: Experiences from Asia, the Gulf and Beyond »